I was casually browsing social media today and realized I hadn’t seen posts from a specifically annoying “friend” lately. I decided to scroll my friends list to see what had changed.

*dramatic pause* It seems I was unfriended! Not only unfriended but blocked. That’s the worst. A title held for stalkers and ex lovers. Not for friends who were once considered “framily” the highest level of friendship. A family bond.

I want to be super casual and nonchalant about the whole thing. I really do but it bothers me.

A few weeks back a dear friend (at the time) told me something she didn’t want anyone to know about but simply had to confide. Not abnormal at all for girlfriends.

We all have little secrets.

Maybe we secretly hate our coworkers voice or maybe we don’t tell our spouses we hate the way they cut their hair. It’s normal. It’s what women do. We gossip and sometimes we are really mean girls.

However. We never, ever put people we love in terrible positions with potential danger attached. Physical, emotional or mental danger. Never.

The secret she shared violated almost every taboo. It was in regards to her marriage, her employee / friends marriage and a friendship among the 2 couples. I told her it was a terrifying situation but regardless I would have her back …

i.e. keep her secret and not be judgemental.

So that’s where my moral compass started spinning. I don’t think dishonesty is ever ok in a marriage.  I don’t think newly wed couples should have a crush outside the marriage.

Or forever and a year married couples for that matter. If you find yourself swooning and longing for more face time with someone other than your lover you’ve got problems.

It is absolutely not ok to have secret feelings for and continue to be involved with someone outside your union.

It’s not ok. It’s not acceptable.

It’s also never acceptable to ask your best friend to allow this to happen and to arrange gatherings which would facilitate time with said crush.

To your newlywed employee.

With that in mind I pulled back from the crazy when it was requested the other couple join us for weekend plans. I felt used. Like a bridge to the land of secrets and lies.

I declined and canceled all formal plans. I kept my safe distance and continued on with life as it were.

I never mentioned anything about why I didn’t want to entertain the 3rd couple. I didn’t say it was because I couldn’t watch my friend spiral down the rabbit hole with her employees spouse.

I didn’t say, even though I wanted to, that regardless of love lost and intimacy non existent in her own marriage it didn’t give her or anyone the right to intrude on someone else’s bond.

Someone else’s brand new, only a few months old, fresh ink on the paperwork marriage.

The same someone else who happened to work for her.

Within physical feet, every single day.

I didn’t say anything of this until my friend, my closest thing to family, sent me a scathing note about betrayal of the friendship kind. Accusing me of all people of not communicating and assuming her plans to use me to see more of her crush.

Just … wait. what? I was avoiding her for the same reasons she was accusing me of. She told me I was reflecting. Me? The situation was exactly the opposite.

She basically told me to get lost. She broke off the friendship in a dramatic and drawn out way only women really can.

Then she begged me not to tell her wife (our friend as well … framily) and I advised I made a promise and would keep it. I never said anything at all. I could have. I didn’t.

Now that I am unfriended and blocked … by not only the ex-friend but also the people who were being cheated on (emotionally, which is still cheating. Anything else is purely speculation). Interesting. It’s like a dramatic Lifetime movie made up of all lesbians.

It makes me wonder why I was unfriended. By people who knew nothing of what was going on right in front of their faces. What had I allegedly done to be blocked? They didn’t know of the situation so they must have been told something untruthful. Likely something really hurtful to get the blocked status.

Was the truth distorted to cover up the infidelity? Likely. Was I somehow spun into a web of lies without even knowing it? Probably.

Now I ask myself why I am I’m keeping her secret. Isn’t social dictaion that it is free to be told now? While not directly said shouldn’t it be put it into the world to find its way ?

There may be be no right or wrong. There is certainly no going back. There is no reason for me to break my promises but I don’t have to carry the secret either.

It has been decided.

It may never be read but it is written and I can let it go now.

If I’ve learned nothing else from recent life traumas I’ve learned that there is no point holding onto the things that can not be changed.

Things that can not be undone.

To release them is to find peace.

I sincerly hope that the couples involved each find peace in their own respective relationships. Or at least find the truth and eventually the peace that comes after it.

The truth is right there in black and white.

It was this time last year that our home state made our marriage legal. We were so excited, it was like a second wedding day. Sorta like that … but without rain, stress, arguments or blisters. Good times.

So in the spirit of a (sort of) one year wedding anniversary I compiled the top 10 best of best things that happened this last year, our first full year of being legally married in our home state.

It was a typical Tuesday and I was feeling a little stuffy and stuck in a weekday slump. I must have temporarily lost my mind because I decided to have a bonfire party at our house … this Friday. Seemed easy enough, I will buy some beer and chips and invite some people out.

Nothing is ever that simple. Not in my world. I have no idea what kind of fog I was walking around in and now that I’m awake and it’s Friday a.k.a. “we are partying at your house tonight, right?” I am just a bit concerned.

I pre-party shopped last night, the night before my event. That was a first. I am always on top of these things. I am always a great hostess. I always think these things through with lists and check marks and real thought. Not this time.

Although I hated it I handled that Wal-Mart cart, at 9 pm on a work night, like a boss. Narrowly avoiding free running children, detouring isle blockage, and dodging wild eyed class moms with cart loads of birthday cupcakes. I should get an award for making it out alive.

This is not my thing.

If I must shop the Wally I do it at 2 am on a Saturday with like 5 other people who are not interested in chit chat. Get your crap and get out kinda people. My people. I am not the week night last minute I’ve put it off so long I have to do it now with everyone else who is a procrastinator.

I think I covered all the essentials; I got the beer in 3 brands, an assortment of 2 liters, wine, chips, veggies, hummus, dips, a cheese and cracker assortment and stuff for the kids to make s’mores.

What I didn’t consider was a sheet to cover every pile of embarrassing clutter in my entire house. I am still wondering how much time it would take to buy enough covering to make my house look like one of those old abandoned houses in movies.

Or If I have enough time to hire someone to

come clean up the house before anyone arrives tonight.

Or if I should cancel altogether. I could just drink the wine and eat my cheese plate alone.

I might even have enough beer to last us a few weeks. It might be totally fine.

We will probably spend all our time laughing and enjoying company around the bonfire.

My guests will probably not be attacked by dust bunnies.

What I didn’t consider was a sheet to cover every pile of embarrassing clutter in my entire house. I am still wondering how much time it would take to buy enough covering to make my house look like one of those old houses in movies. Or If I have enough time to hire someone to come clean up the house before anyone arrives tonight. Or if I should cancel altogether and drink and eat my cheese plate alone.

I will probably not be harshly judged on my lack of Martha Stewart level living. Probably. 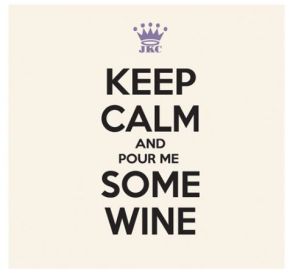 At any rate we have plenty of beer, if anyone starts looking scared I will just offer them another and a cracker from the cheese plate. If I pull this off it will be a miracle.

A hostess with the mostest miracle.